Older Baby Boomers say it would be “very difficult” for them to qualify for a mortgage given their current financial situation. That’s according to relatively new survey results from the National Association of Realtors (NAR). The survey interviewed 2,707 people from October to December of 2019. Those surveyed did not own a home at the time. According to the NAR study, 35% of “older Boomers” (their label, not mine) don’t believe they could qualify for a mortgage. Twenty-six percent of “younger Boomers” felt the same way.

The NAR also surveyed people in the Silent Generation, people born between 1925 and 1945. Thirty-four percent of this group felt it would be very difficult” to qualify for a mortgage as well.

However, across all generations, more than 50% of those surveyed believed it would be either “very difficult” or “somewhat difficult” to qualify for a mortgage. All the age groups seemed low on optimism that they would be able to get a mortgage at this time.

The two age groups with the most optimism are on opposite sides of the generation table. Forty-four percent of Millennials and also 44% of those in the Silent Generation believe it would either be “not very difficult” or “not at all difficult.”

Check out the full survey.

Follow Us
E. Hall
Marketing Coordinator at Navigate Affordable Housing Partners
Ebony enjoys engaging our audience on social media and with video. Before joining Navigate in 2016, Ebony was a morning show anchor and tv host.She has a Masters degree in Strategic Public Relations from George Washington University.She finished undergrad with a Bachelors in Broadcast News at UGA.

Follow Us
Latest posts by E. Hall (see all) 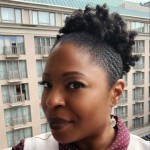 Ebony enjoys engaging our audience on social media and with video. Before joining Navigate in 2016, Ebony was a morning show anchor and tv host. She has a Masters degree in Strategic Public Relations from George Washington University. She finished undergrad with a Bachelors in Broadcast News at UGA.

This site uses Akismet to reduce spam. Learn how your comment data is processed.

What's the @hersindexscore of your home? Here's wh

#HousingAffordability isn't just about the cost of

REAC inspectors will be back on property soon. Whe

Today is the day. Please send in your CSP requests